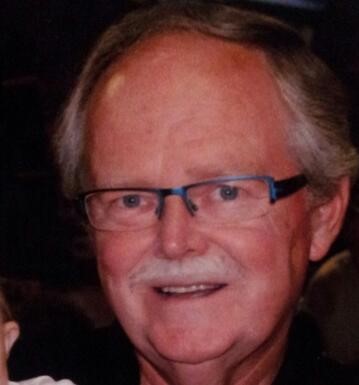 I’m writing this well rested from the extra hour of sleep last night with the time change. I hope everyone has adjusted to this fall weather and is looking forward to their fall and winter sports. Indoor ball will start this week and this year we have a full slate of 4 teams with some on a waiting list. I look forward to playing and to the camaraderie after the game back at the DH.

This past summer Slo-Pitch season was a success. We had 15 teams in all, one more than last year, and we hope everyone enjoyed the season and looks forward to coming back again next year. The season was longer than we had planned for because of the very wet September and with all the rain-outs we had to play into the first week of October.  A number of players were committed to family vacations or a fall sport and were not able to play in the last games of the playoffs. This was unfortunate and the Executive will be looking at changing the schedule to make sure that our season ends (with possible rain-outs allowed for) the last or second to last week in September. Congratulations to the winning teams in the playoffs, the Musketeers in Green, Rockers in Blue and the Dinosaurs in Red.

The WECSSO Slo-Pitch Annual banquet was well attended this year. Special thanks to Jack Bump, our Social Director, for organizing the event. Winning teams in each division were given a travel bag with our logo, champions and year on it. This is the second year we have given away the travel bags they were well received by the members. Next year we will probably change things up for something different.  Thanks to all members who were able to provide a door prize. Again this year we had over 50 prizes to give out. Door prizes were donated by;

The Annual General Meeting, was held on Monday October 30th. It was well announced in advance about the importance of this meeting and yet we only had 39 members out of 225 show up.  I thank those members who came out to the meeting and for their interest and support of the executive. There would be no league if not for the dedicated members that have served on the both the WECSSO and Slo-Pitch executives over the years. What can we, the executive, do to get more of you to attend the AGM and be more involved? Let us know. When I first joined the league in 2003, there was ample support for the executive at the AGMs with 75 – 90 members attending. What has changed???

At the meeting, 2 motions were carried to consolidate both the WECSSO and Slo-Pitch Executives into one new executive of 12 directors and the Past President. Nominations and elections were held and the new Board of Directors has met to determine who will hold the various positions of responsibility.

Special thanks to the following members who served on the either the WECSSO or Slo-Pitch executive last year and are not returning on the executive this coming year.  Their service to the WECSSO Organization is very much appreciated and when you next see them, be sure to thank them.

Each year, members receive a team partnership card from National Sports. We receive 5% of all purchases back to our league. This year our members purchased $2,200 in sports equipment and we received back $110.00. This $110.00 was given out as 11 door prizes to members attending our AGM. AGAIN, next Spring, hold off purchasing new equipment until you receive your partnership card.

Enjoy your fall and winter seasons. Have a safe and wonderful holiday season as well.